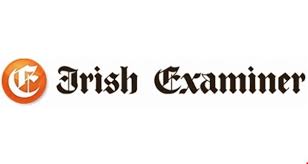 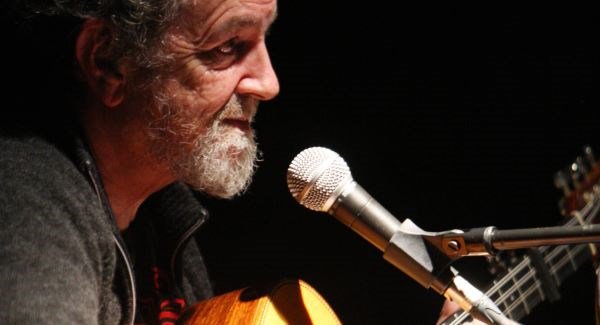 Friday, September 29, 2017Eoin Edwards
THE two Irelands met a few hundred yards from each other near the South Main Street, Cork last night, where a 1,000-year-old Viking weaver’s sword was recently discovered by archaeologists at the historic site of the former Beamish and Crawford brewery.

But they might well have been thousands of miles apart.

The first gig of Féile Chorcaí saw the high king and high queens of Irish folk music, Andy Irvine, and Tríona and Maighread Ní Dhomhnaill take to the stage at Triskel Christchurch for a classic opening to the 38th Cork Folk Festival.

The width of a street away, an altogether different cultural and musical experience was in full flow outside two of the city’s nightclubs. What a contrast. One venue oozing history, the other oozing histrionics. But life goes on, and so did the music.

Sitting in the balcony of a Triskel venue, also steeped in history, directly under a memorial to one Major Arthur Gibbins, Kings Dragoon Guards, of Glenburn Glanmire, who died on the march from Meerut to Agra in India on October 27, 1881, age 35, we were insulated from the outside world, transported away from Trump, Rocket Man, Syria, threatened strikes and a weary world as the Ní Dhomhnaill sisters took us on an altogether harmonious journey to Gaoth Domhair, Tory Island… and Cahersiveen for a beautiful rendition of a song their mother, from Doneraile, loved dearly, (The Boys of) Barr Na Sráide.

This was an opening act that filled you with the final rays of autumn warmth, enough to keep you ticking over ’til the approach of the tinsel and toasts of Christmas, with ‘The False Fly’ and my favourite, ‘Do You Love and Apple’, among the many songs to warm the cockles and muscles of the heart.

The old pews and creaking wooden floorboards were soaking up the sweet sounds. And so were we.

Then up stepped Andy Irvine: “It’s lovely to be here, lovely to be anywhere, said the 75-year-old as he launched into what appear like mini novels, ‘When The Boys Are On Parade’, ‘The Three Huntsmen’, ‘You Rambling Boys of Pleasure’, ‘Down By The Sally Gardens’, ‘Prince Among Men’ and ‘Houdini’, with guitar and bouzouki finger work that would still give anyone a run for their money.

Then came ‘that’ special song he wrote while in a hospital bed, following his near drowning accident in Australia. “Your life flashes before you. I was amazed how much I had forgotten… and out of that brilliant mind came ‘My Heart’s Tonight in Ireland (in the sweet County Clare). It brought tears to one American visitor’s eyes, it’s not hard to see why.

“The Close Shave’, drew howls of laughter for the lyrics about a gold digger in Down Under who gets off with woman, only to wake up the next morning to find all his gold gone. “Why did she need the wig? Why did she need to shave? It’s then the truth it struck me, in a fit of blinding rage. Her hair as yellow as the gold she stole from me and you’.

Then it was back to Cork to honour a woman of altogether different morals. “I can’t come here without singing this song”, he told us … and out came The Spirit of Mary Jones, about the Leeside-born woman who organised American union workers.

Irvine was on fire as the night drew to a close with The Blacksmith, which brought the house down. “My mother says I have to leave stage and then come back for the encore. I never had the confidence to do that,” he said as he finished up with ‘As I Roved Out’, aptly followed by the final song of the night from his all-time hero, Woodie Guthrie, ‘Never Tire Of The Road’.

Just like that Viking sword unearthed this summer, the Ní Dhomhnaills, Irvine, Cork Folk Festival organisers William Hammond and Jim Walsh, and a myriad of volunteers, proved once again what national treasures they are. And when it come to Irvine, you know what they say… the older the fiddle, the sweeter the tune.